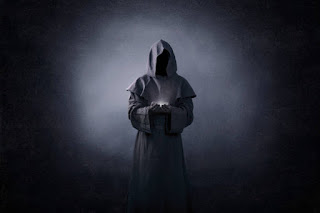 Since Halloween is coming up here is a moderately creepy generator to create an evil cult in your game.  This generator assumes they are evil beyond reproach and they will probably show you no mercy.  So show them none in return.

D10 Strange Worlds and The Portals That Transport You

Have you ever wanted to throw your players into a horrible world of woe and despair for a few sessions?  A fun distraction on the side to the main adventure.  Well, fret no more.  Here are a few seed ideas of worlds your party could be transported to and the method in which they could be taken!

Please enjoy a few of the random books I have at hand to throw at my party.

Email ThisBlogThis!Share to TwitterShare to FacebookShare to Pinterest
Labels: artefact, books, the special ingredient is love

So here is an idea, what would happen if we mashed together the amazing Veins of The Earth with D&D in space via Spelljammer?  This post is a general musing more than anything else but I think the concept may have legs.  This post is more an exploration of the idea, you never know I may expand on it in the future. 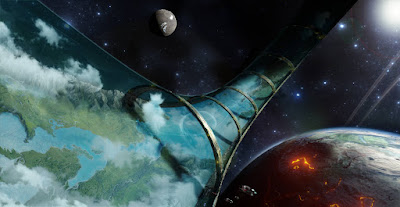 The Dvargir
The Dvargir are uber dwarfs.  Dwarfs who have through countless generations pursued the obsession of work to the point they are now completely consumed by the notion.  They build and work because they must, it's in their DNA.  Their singular devotion to work has turned the race into a system of logic gates inside of a machine of meat and bone.  In Spelljammer they will have ascended to the surface of their planet and have achieved interplanetary travel.  This is what they would do:
Substratals
When the Dvargir cracked open the many worlds of the solar system they broke "The Real World".  This was nothing short of apocalyptic for the Substratals and their civilization almost perished.  A handful of groups kept the candle of their culture alight, but the loss of their home against an uncaring foe has changed them.  They waged a war of attrition against the Dvargir to little effect, this has left the survivors cynical and battle-hardened.
Due to their incredible intellect and nigh on invulnerability to most mundane weapons substratals quickly rise to the top echelons of whichever society they find themselves within.  Many worlds are ruled effectively by them (sometimes even benevolently).  Substratals are prized advisors, generals, and admirals. 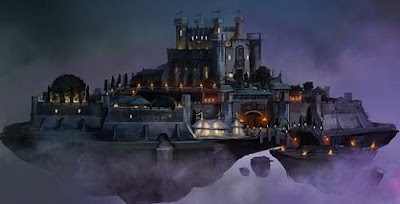 Deep Janeen
No deep Janeen freeport palace is alike.  Each is more decadent, more bizarre, and wonderous than all the others in its own way.
Each Deep Janeen has built their own freeport in the middle of wildspace.  Each freeport is spectacular to behold and is built to the very exacting tastes of that Deep Janeen.  In some places the Deep Janeen will gleefully mix with the visitors to their port, in others, they will hide away in the gloom of their maze living vicariously off the whispers of the activity outside.
The freeport itself is a large floating structure in wildspace.  The Deep Janeen set aside large areas of their maze palace to act as a commercial sector.  This is a place where most budding entrepreneurs face little to no bureaucratic barriers to establishing a business.
They do however impose a tax, rarely ever in the form of gold.  Each tax is unique at the Deep Janeen that sets it.  Failure to pay this tax will see quick eviction for existing commercial operations.  A wise trader will learn the quirks of each Deep Janeen ensuring the businesses of these freeports are well stocked with the oddities that their landlord demands.
Oh, one last thing.  Before everyone who stays at a freeport MUST fill out the visitor's survey upon leaving.  Refusing to do so will lead to instant imprisonment, or worse. 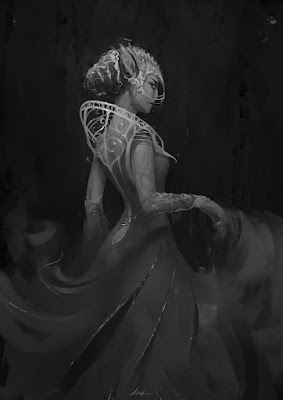 The Aelf-Adal
The Aelf-Adal never had the need to bleed into the real world to wage war on the dreamers here.  They raid and pillage as they please knowing that no one can follow them to their dread realm.  For the Aelf-Adal live beyond the event horizon of black holes.
These are terrible places where time shifts and nightmares reign.
Only the most foolhardy would consider travel past these portals to their home plane.
No known spelljammer captain has passed beyond the event horizon and returned.  Many suspect that some enchantment or technology in the Aelf-Adal's own craft grants them immunity to whatever destruction that would otherwise befall any crew that crosses the threshold.
Those who take their awful yet elegant craft as a prize find them wholly uncoperative.  Not unworkable, but uncooperative, the craft resists the helmsman's demands.  Furthermore, those who try to interface with the Aelf-Adal's crafts find their dreams haunted by fleet-footed beings.  Over time their sanity will ebb and reality and dreamspace will phase into one another. 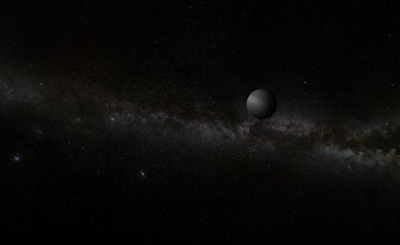 Knotsmen
These loathsome people thrive in wildspace.  Gordonia their capital, is a cold and barren rogue planet that is hidden in the depths of a vast nebular, no outsiders know the location.  No outsider has ever seen their homeworld, well not those who are not condemned to permanent slavery at any rate.
The knotsmen are feared slavers.  They are also excellent mercenaries who show absolutely zero mercy in battle.  They prefer as always to attack at range, they come onto the field of battle heavily armored carrying shot and pike.
They still relentlessly hunt down their escaped young men.  No one has seen their women, for their civilization is still the height of cruelest misogyny.
Their craft are known as needle-ships, which are long and regal in design.  They travel at speeds that almost no other race can match, which gives their armada a considerable advantage in the theater of war.
They are still excellent surgeons and most of the major ports will have a medical clinic run by a knotsman.  They often offer free services, though they nearly always demand a favor in return.  Most kingdoms and empires have a knotsman physician at hand, though no one trusts them.
The knotsmen are a superpower in the waiting.

The Godfall (Part 2 Of Pilgrims and Peoples)

Continuing on from part 1 found HERE.  This now discusses the characters that the players are playing in the Godfall setting.

Pilgrims and The Long Road

At the center of the Faultlands is the city of Tul-Gorak. It is the single largest city in the known world that has grown rich off the strangeness of the resources found in the Godfall. It sits astride the river Gor and is one of the few places verdant with native life so close to the rotting remains of God.

It has become a place of pilgrimage for so many. Not everyone does it for purely religious reasons but none the less it is a deeply personal journey for each and every pilgrim.  The pull of the Godfall is strong to many of the restless souls in this world,  they know this is a dangerous journey, and yet regardless they press on so that they may stare upon the corpse of God.  For many pilgrims, this is a moment of apotheosis, one that will change them forever.  For others, it is a sad reminder that even the immortal must still one day die.

For each player, the prime motivation of their character is to complete the pilgrimage to Tul-Gorak so they can climb its walls and towers and look upon the body of God.  This is the glue that will bind the group together, the shared sense of purpose to reach the end of the long road.  They will initially meet together at one of the gateway towns at the edge of the faultlands, so they may seek the safety of numbers and companionship of other pilgrims.

The Long Road is the colloquial term for the pilgrimage to Tul-Gorak.  It is not a single road or pathway but rather refers to the length of the journey ahead.  It implies that grit determination will be needed to reach the end.

Peoples of The World

There are 3 civilized races that inhabit the surface of the world.  They make up its tribes, its villages, and cities.  Your first step should be to choose one of the three races that exist.  Roll twice on their tables to determine their starting abilities.

The most common wayof life for most people in the world is either home in a small settlement no lager than a hundred of so people, or in nomadic tribes.  The pilgrim's kin or lack of will inform how they interact with others and how they see themselves in the world.  Choose from below or roll.

The Pilgrim's Motivation
Each player will play a pilgrim on who has taken the road to Tul-Gorak.  Not everyone takes this journey goes purely for enlightenement (though some do).  The player should choose from one of the motivations (or roll)  for the journey below.
The Pilgrim's Former Occupation
Who were they before they set thier ambitions on the Long Road?  This will add a little flavor to thier start.  Roll or choose from below.
at September 06, 2021 No comments:

Since Halloween is coming up here is a moderately creepy generator to create an evil cult in your game.  This generator assumes they are evi...